Delhi election: Campaigning ahead of the high-voltage Delhi assembly elections are heating up with just days left for the big fight between the ruling Aam Aadmi Party (AAP), BJP and Congress. Today, Prime Minister Narendra Modi, who is leading the BJP campaign in Delhi addressed another election rally in Dwarka. On the other hand, Congress leaders Rahul Gandhi and Priyanka Gandhi also hit the streets and campaign in Sangam Vihar on Tuesday. The Congress leaders also conducted rallies across East Delhi, South Delhi, Central Delhi and Outer Delhi. On Monday, PM Modi trained guns at protests against the Citizenship Amendment Act (CAA) at Shaheen Bagh, Jamia and Seelampur, saying it was not a coincidence, but an “experiment” and a political conspiracy to destroy the country’s harmony. Delhi CM Arvind Kejriwal took out roadshows in various parts of Delhi on Monday, while AAP tried to corner the BJP for allegedly calling him a “terrorist”. Meanwhile, Yogi Adityanath continued his blistering attack on Kejriwal at public meetings, saying the AAP leader has become a “toy in the hands of antisocial and anti-India elements.

Speaking with India Today TV, Manoj Tiwari said the BJP leader did not say “goli maaro” but the public did. Manoj Tiwari, however, also distanced himself from Anurag Thakur’s “goli maaro” remark, saying violence has no place in BJP. 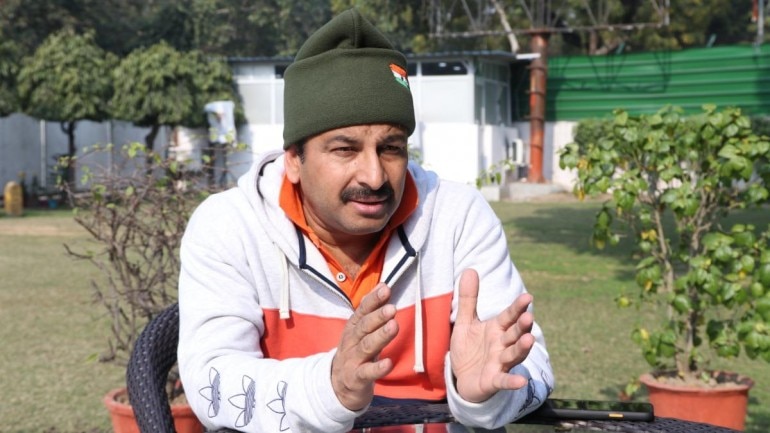 On being asked if he supports the language that was used by BJP MP Parvesh Verma, Union minister Anurag Thakur and Uttar Pradesh CM Yogi Adityanath, Manoj Tiwari said he does not.

Attacking Arvind Kejriwal over the Shaheen Bagh anti-Citizenship Amendment Act (CAA) protests, Manoj Tiwari said Shaheen Bagh is an experiment by the Delhi chief minister as his party wants to secure the Muslim votes in the Delhi Assembly polls.